The Milestones Of Electronic Medical Record 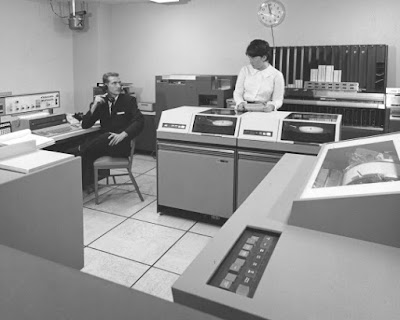 One of the earliest data processing systems originated in the mid 1960’s and focused specifically on clinical data management. As these systems (now known as hospital information systems) began to garner attention, the healthcare industry began to see the development of electronic medical record systems. The original systems were nowhere near as functional as modern methods of maintaining medical information. Also in the 1960’s, the development of the Problem Oriented Medical Record by Larry Weed introduced the idea of using electronic methods of recording patient information.

Shortly thereafter, in 1972, the first electronic medical record system was developed by the Regenstrief Institute. Although this technology was the first of its kind, due to high costs, the systems were not initially attractive to physicians and used instead by government hospitals and visionary institutions. Into the 1990’s, personal computers were becoming more affordable and the Internet emerged. These innovations allowed for faster, easier access to information and the introduction of health information online – setting the stage for web-based EMR’s.

In 1991, the Institute of Medicine made the case that by the year 2000, each physician’s office should be using computers in their practice in order to improve patient care. Although it was not turned into law, the Institute did provide a variety of recommendations to achieve that goal. As the emergence of EMR’s continued, there were also adjustments made to the rules and regulations surrounding privacy and confidentially of medical records. In 1996 the Health Insurance Portability and Accountability Act (HIPAA) was introduced in response to growing issues facing healthcare coverage, privacy and security in the United States. To follow disclosure and confidentiality regulations included in HIPPA, organizations have begun to shift to electronic systems to comply with these laws.

With the emergence of web-based software in the early 2000’s the need for electronic medical record systems to be developed through remotely-hosted systems became evident. The ability to access information remotely or store on a remote-system, made the electronic method of keep records more appealing and ultimately more affordable for physicians to implement into their practice. During President George W. Bush’s time in the Oval Office, the budget for healthcare IT projects was doubled; a new sub-cabinet position of National Health Information Coordinator was created, as well as the call for an industry-wide adoption of electronic health record systems by 2014. This mandate has been supported by President Obama as part of the American Recovery and Reinvestment Act (ARRA), a piece of legislation aimed at directing additional funding and incentives to healthcare professionals who adopt these electronic medical systems and follow the concept of “meaningful use” by the year 2014.