Paper Documentation And Its Effects On Healthcare 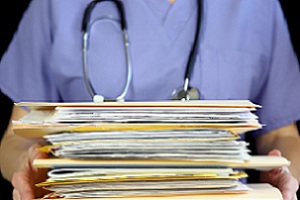 A question that almost everyone can relate to: How long was the longest, most boring time you've spent in the doctor's office or the nurses' station waiting for the retrieval or initiation of your records using papers?

One study conducted among physician trainees in a certain hospital sometime 2013 came up with a conclusion stating that " Trainees' current clinical documentation workload may be a barrier to optimal patient care and to resident and fellow education. Residents and fellows report that clinical documentation duties are onerous, and there is a perceived negative effect on time spent with patients, overall quality of patient care, physician well-being, time available for teaching, and quality of resident education.".

Paper documentation has been married to healthcare for quite a long time already. It has almost became the heart of every health care practitioner, to the point where it has gained the spotlight more prominently than the patients themselves. However, not only does this require considerable time from healthcare workers, it also means some drawbacks for the general health care delivery to individuals.

More specifically, in the aforementioned study, results show that Over a 2-month time frame, 1515 trainees in 24 specialties completed the survey. Most (92%) reported that documentation obligations are excessive, that time spent with patients has been compromised by this (90%), and that the amount of clinical documentation has had a negative effect on patient care (73%). Most residents and fellows reported feeling rushed and frustrated because of these documentation demands. They also reported that time spent on these tasks decreased their time available for teaching others and reduced the quality of their education. Respondents reported spending more time on clinical documentation than on direct patient care.

Paper documentation takes up so much time, that some physicians can accidentally forget the medications and other considerations for the patients. That's quite alarming, isn't it?