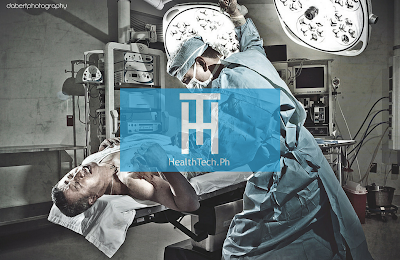 A full head transplant. The phrase evokes wispy memories of Isaac Asimov, Aldous Huxley, or George Orwell’s 1984. This is the stuff of hardcore science fiction, but it’s been done. Over and over and over again by Dr. Sergio Canavero, M.D.

Dr. Canavero earned both praise and notoriety when he declared in 2015 and 2016 that he and his team would be able to finally carry out a whole-head transplant on humans by 2017. Dr. Canavero, in partnership with the Harbin Medical University in China and Dr. Xiaoping Ren, was able to carry out a whole-head transplant on a monkey in 2015 (estimated).

Not everyone is happy about this “Frankensteinian” development, however. Protests about the ethical ramifications of this specific operation are rife, and Dr. Canavero and his team have hit many roadblocks in the quest to carry out the operation on humans who actually need it.

In 2016, it was reported that Valery Spriridonov, who suffers from Werdnig-Hoffman disease, a condition that has wasted his muscles and rendered him a paraplegic, would be the first-ever patient for the human whole-head transplant. However, possibly due to his concerns about the success rates of the operation, it was decided that the first patient to receive a complete whole-head transplant would be a Chinese patient. Dr. Sergio Canavero has assured the public that they are still in search of solutions for Spriridonov.

Dr. Sergio Canavero, Dr. Xiaoping Ren, the Harbin Medical University in China and the rest of their supporters have since received extensive exposure on OOOM.com, which calls itself “The first global platform to inspire and connect people with the same thoughts, feelings, interests, wishes, and needs,” with the goal to “[…]Show people how to lead a better, more sustainable, and much more inspired life.”

While the protests regarding the procedure are rife, the fact remains that the procedure holds much potential for individuals who need a new body, and subsequently, a new lease in life. Valery Spriridonov is not alone in dreaming of finally being able to do what the rest of us merely take for granted. Conditions such as cerebral palsy, spina bifida, the viral ALS (Lou Gehrig’s disease), as well as other conditions and accidents that cause paralysis and muscle atrophy, severely limit a person’s mobility and quality of life. Which is why, in spite of the ethical considerations for Dr. Sergio Canavero’s groundbreaking work, the potential for greater good is still very palpable.

Will this procedure make it into mainstream surgery and neurosurgery? Only the very near future will tell.