Breaking News: An Automated Robotic Drill May Change The Way Craniotomies Are Performed 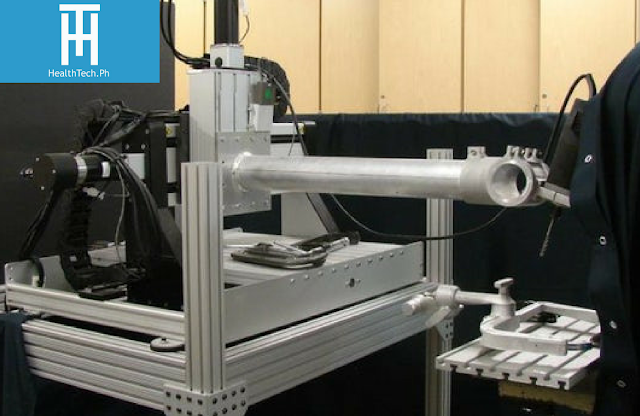 What do a car and your skull have in common?

Probably just carbon and a few other elements. But soon, hospitals across the world may be using the same technology used to drill cars, to perform intricate cranial surgery.

The University of Utah tapped their Mechanical Engineering department to design exactly that: A drill for the skull that can cut into the cranium with such an unparalleled precision.

While the idea for the machine came from drills used in cars, the version custom-built to perform neurosurgeries was programmed to work with and around the sensitive structures in the brain. In the past, a neurosurgeon would have to slowly, painstakingly, drill at the skull bone with a hand drill specifically designed for cranial surgery. This machine, though, takes away the backbreaking work of bone-cutting from the neurosurgeon, allowing him to maintain his focus on the whole operation.

“It was like doing archaeology. We had to slowly take away the bone to avoid sensitive structures.”


These were the words that Dr. William Couldwell, a neurosurgeon at the University of Utah Health, used to describe the procedure.

However, hacking at bone is not the be-all and end-all of craniotomies. A craniotomy is but a means to an end: The neurosurgeon still has to get to the actual issue: A brain tumor, an abscess, even a tapeworm in the brain. With all the neurosurgeon’s energy sapped from bone-hacking, you bet that he’d have less focus and sharpness when he has to get into the actual issue.


But thanks to Dr. William Couldwell and the mechanical engineers at the University of Utah, soon, neurosurgeons can be freed to focus on the heart of their tasks: Whatever needs to be removed from the brain.

The machine even has a nifty function: It can cut away and remove large sections of bone. By contrast, the existing tools require gradual chipping, and at smaller points at a time.

This comes as good news for neurosurgeons, indeed, as with this automated robotic drill, surgeon fatigue would be reduced in leaps and droves.

For more details, head on over to New Atlas and the University of Utah’s official press release.