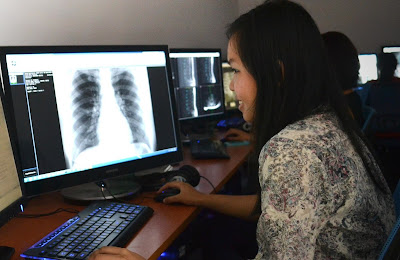 A Filipino health technology startup is about to make local radiologists be among the best worldwide.

Recognizing that the Philippines has a dearth of trained and professional radiologists, Lifetrack Medical Systems (LifeSys) radiology information systems, picture archiving and software will enable radiologists and/or a  team of radiologists to transmit scans and x-rays using cloud computing technology to other radiologists locally or abroad for analysis and evaluation.

This was disclosed by Dr. Eric Schulze, CEO of LifeSys.  The LifeSys system utilizes Data Analytics technology that will assist radiologists in making diagnosis from Big Data.

“When you’re doing radiology, there’s a lot of information that you have to remember,” Schulze pointed out. “So if we want to create radiologists who can leverage that knowledge base, then we make that available… It doesn’t matter if it’s a US or a Filipino radiologist.” Dr. Schulze disclosed.

The report generation of the system although based in the country can even be better that most reports from the US because of the software engineering used to develop the system.

Another reason why this can be a game changer in the Philippine radiological field is that the country has a large number of medical schools that has the potential of utilizing teleradiology and thus harnessing the optimum use for LifeSys.

“There’s not enough doctors in the world, especially in emerging markets,” “It turns out the Philippines has more medical schools than any other country in the region per capita.” Added Dr. Schulze.

The English language proficiency of Filipino professionals is also a factor since English is the official language of Medicine.

LifeSys recently partnered with Ayala Corp.’s FamilyDOC retail health clinics, Healthway Medical and other local institutions for use of the software.