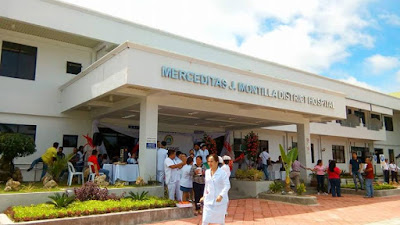 A new hospital in Sipalay City, Negros Occidental is now on its full operation after a major reconstruction.

The Department of Health (DOH), through its Health Facility Enhancement Program, has poured in almost P77 million worth of equipment and infrastructure to the Merceditas J. Montilla District Hospital located at Barangay Canturay in this southern Negros city.

The hospital is fully equipped with medical machines and equipment needed for the treatment and diagnosis of the public. “We are commending the provincial government for this project that will surely bring more quality health services to the people in Sipalay City and the nearby areas,” Health Assistant Secretary Enrique Tayag, who was the guest of honor at the hospital’s inauguration, said.

Since Sipalay city is now a rising tourist destination in the southern part of the Negros Island due to its beautiful coasts and islands, the hospital boosts the confidence of the people living in and coming to the city.

The P140-million two-storey infirmary, constructed starting 2011, is among the 11 provincial government-run hospitals in Negros Occidental.