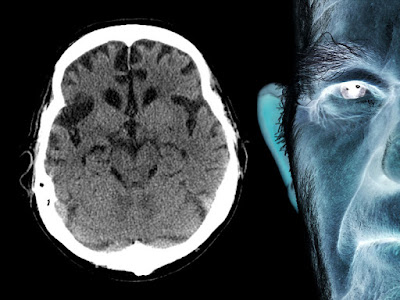 A research team led by Prof Nancy Ip, dean of science, director of the State Key Laboratory of Molecular Neuroscience and The Morningside Professor of Life Science at the Hong Kong University of Science and Technology (HKUST), has successfully discovered a novel molecular target for Alzheimer’s disease (AD), unveiling a potentially new therapy for the disease.

The team recently discovered that aberrant activation of the protein EphA4 is involved in the pathology of AD, and identified a naturally occurring compound from a traditional Chinese medicine herb that can block the activity of EphA4. These groundbreaking discoveries have been published in Proceedings of the National Academy of Sciences of the United States of America (PNAS), a prestigious scientific journal.

Alzheimer’s disease is a progressive, debilitating and degenerative brain disease. Patients suffer from memory loss, impaired reasoning and judgment, and reduced locomotion abilities. AD mainly affects individuals over the age of 65, and is one of the possible leading causes of mortality in the elderly. The increasing number of AD patients will create an enormous social and economic burden on families and societies. It is also an emerging public health problem that poses a huge public resource burden.

There are no effective early diagnostic tools or treatments for AD as the pathophysiology of the disease is still unclear. However, research has confirmed that patients are afflicted with AD long before they have symptoms of memory loss or cognitive decline. Thus, not only are therapeutic interventions urgently required, but they also need to be implemented in the early stages of the disease in order to be effective. And beta-amyloid (Aß) is believed to be the main causative agent responsible for the cognitive impairment observed in patients.

Prof Ip and the research team discovered that Aß can cause the aberrant activation of the protein EphA4 which triggers a signaling pathway that results in cognitive impairment. They demonstrated that EphA4 is the key player in the pathogenesis of AD. The team then explored the potential of manipulating this pathway as a possible therapeutic intervention. Molecular docking analysis, undertaken in collaboration with Prof Xuhui Huang in the Department of Chemistry, resulted in the identification of a naturally occurring compound from a traditional Chinese medicine database. This small molecule can rescue the synaptic impairment that underlies cognitive impairment as well as reduces AD pathology in animal models, thus demonstrating a potentially new clinical intervention to treat the disease.


This project is generously supported by the Innovation and Technology Commission, Hong Kong Research Grants Council and the SH Ho Foundation.