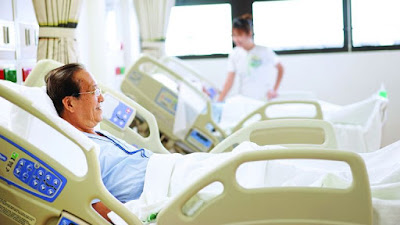 If there’s one thing that Singapore is known for, it’s efficiency, and no sector benefits more from that legendary expertise in organisation than healthcare. The diligence is paying off; in 2014, Bloomberg rated the island city-state the best out of 51 countries for its annual ‘Most Efficient Health Care’ ranking, while the Economist Intelligence Unit (EIU) declared it second in the world for healthcare outcomes.

World class medical technology, an environment supportive of further research and highly trained doctors and nurses play a major part in Singapore’s success. In past years, Singaporeans have made important medical breakthroughs with their international peers, achieving feats such as co-developing a SARS detection kit and an experimental vaccine for the H1N1 flu virus as well as being the first to commercially produce human embryonic stem cell lines for clinical trial use.

Cancer treatment is a top specialisation of Singaporean healthcare, with more than 1.3 million patients visiting the multi-award winning National Cancer Centre Singapore over the past decade and the NUS Cancer Science Institute leading the development of new cancer therapies. Besides that, cardiology, neurology, obstetrics and gynecology, oncology, ophthalmology, orthopedics and paediatrics are just some of the many other sought after treatments in Singapore.

Cost is a major concern in medical issues but healthcare remains significantly more affordable in Singapore than its western counterparts, particularly for major surgical procedures. Hospital wards labelled as C or B2 are subsidised by the government and therefore reserved for citizens with public healthcare schemes, while B1 and A wards are rarely or not subsidised.

Many hospitals, clinics and centres in Singapore have received the Gold Seal of Approval by the Joint Commission International, which keeps an eye on the quality of medical practices and facilities worldwide. Notable examples include Raffles Hospital boasting a traditional Chinese Medicine unit and Gleneagles Hospital becoming the first hospital in South East Asia to perform a living donor liver transplant for a child.

In typically ambitious fashion, Singapore has a slew of new medical research facilities planned to encourage further development, including a planned National Centre for Infectious Diseases. Though these investments will only bear fruit in the long run, this enthusiastic approach towards progress seems to indicate that Singapore’s healthcare system, like its people, will not be one to rest on its laurels.