Home » » Unlabelled » This Therapeutic Gel Is The New Cardiac Wonder

This Therapeutic Gel Is The New Cardiac Wonder 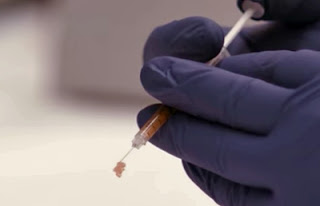 In the United States, an estimated 785,000 heart attacks occur each year, according to a UCSD press release. While a growing number of people survive heart attacks, many patients later develop heart failure due to cardiac tissue damage, “for which the five-year survival rate is only 50 percent,” researchers wrote.

According to researchers, once injected, the hydrogel forms a scaffold, or temporary platform, on which stem cells and new blood vessels can gather and mature. The new cells and vessels eventually replace the scar tissue left behind by the heart attack. Because the gel is made from heart tissue taken from pigs, the damaged heart responds positively, creating an environment in which the heart is able to naturally rebuild itself, Christman said in a press release.

Christman and her colleagues established the safety of the gel in large and small animal studies. According to researchers, animals treated with the hydrogel did not suffer any negative side-effects, such as inflammation, lesions, or an irregular heartbeat during safety experiments conducted as part of the study. The gel also had no effect on blood’s ability to clot when researchers tested it on human blood samples.

According to UCSD scientists, doctors can inject the gel while patients are under sedation, without the need for general anesthesia. After the damaged tissue is repaired, the hydrogel is degraded by the body.