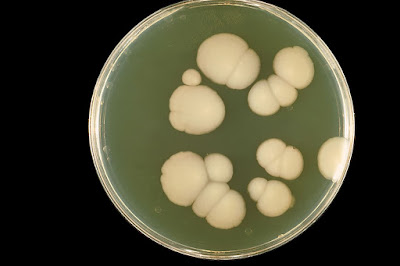 Last fall, the U.S. Food and Drug Administration approved the new technology, developed by T2 Biosystems, for diagnosing sepsis caused by a fungus called Candida. Several hospitals have begun deploying T2’s Candida-detection system, which is based on the same physical principle behind magnetic resonance imaging. By the end of this year the company aims to have 30 hospitals signed on to purchase and use the technology.

Sepsis is a destructive reaction to an infection marked by an overwhelming inflammatory response throughout the body. If left untreated, sepsis can cause organ malfunction and death. Treating a septic patient requires pinpointing the bacterial or fungal organism that is the root cause. Today that process takes at least a day, and can take up to five days, as the patient’s condition worsens. T2 Biosystems says its novel pathogen detector, called T2 Magnetic Resonance (T2MR), can identify the bug within five hours.

Doctors typically give a septic patient an immediate dose of a so-called broad-spectrum antibiotic that kills a variety of different bacteria, and then try to figure out the specific bug at fault by drawing blood and performing a lab test called a blood culture. At that point it is a race against the unidentified pathogen, and the blood culture step, which often doesn’t work, simply takes too long, says T2 Biosystems CEO John McDonough. McDonough cites clinical data that implies that if patients can get the right drug within 12 hours of first showing symptoms, the chance of death can be cut in half. “Every hour of delayed therapy increases mortality by 7 to 8 percent,” he says.

Broad-spectrum antibiotics often don’t work, and are useless against fungal sepsis, which is even more deadly than bacterial sepsis. Candida infections in the bloodstream kill some 40 percent of patients.

“We have the only technology we’re aware of that can go directly from a blood sample to a species-specific diagnostic test result,” says McDonough. It’s also more accurate than a blood culture. In a recent head-to-head comparison involving 55 patients known to have Candida infections, T2MR detected the pathogen in 96 percent of the patients, whereas blood culture detected it in only 60 percent.

Six hospitals have begun using the Candida diagnostic test, and 13 more have signed contracts to adopt the technology. Next in the pipeline is a bacteria detector aimed at the bugs not covered by broad-spectrum antibiotics. The company expects to begin testing the bacteria detector in clinical trials by the end of this year. If it can get FDA-approval for this test as quickly as it did for the Candida test, the bacteria diagnostic could be in the market as early as 2017.