Home » » Unlabelled » Petron Bataan Refinery: Is It A Threat To The People's Health?

Petron Bataan Refinery: Is It A Threat To The People's Health? 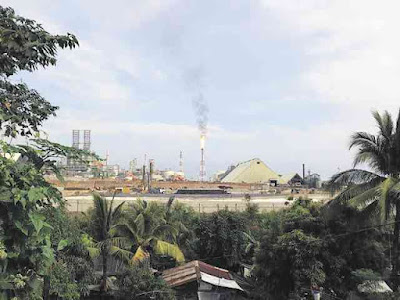 Just recently, surges of complaints coming from residents of a village in Bataan where an oil refinery operated and owned by Petron emerged.

Residents of the said area are alarmed by the towering amount of ash coming from the industrial area. Petron Corp. said it played no part in the ash fall from its oil refinery here that has affected communities and polluted the coastline.

The ash pond of a 150-megawatt (MW) coal-fired power plant operating inside the Petron Bataan Refinery (PBR) is secure and about a kilometer from the closest waterway, according to a Petron statement released on Friday.

Anita Boliteres, 62, who lives there with 10 children, said she wanted the coal-fired power plant removed “because we don’t think the local government is serious enough about relocating us.”

She said her 57-year-old husband, a former Petron employee, died four months ago from lung cancer.

In response, Petron also conducted a medical mission to the residents of the area to ensure that their health are monitored while the company operations are on going. The company said they catered around 1000 residents during the medical mission.