The Longest Running Home For The Aged In Bacolod City 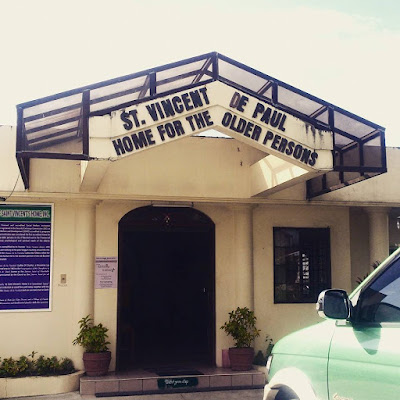 St. Vincent’s Home, Inc. is a licensed Social Welfare Institution established on September 19, 1960 to provide temporary shelter for neglected and abandoned elderlies called St. Vincent’s Home for the Aged located in Tangub, Bacolod. St. Vincent’s Home operates under the management of the Association of the Ladies of  Charity (Damas de la Caridad). Since June 1973, St. Vincent’s Home’s services have been administered by the Daughters of Charity of St. Vincent de Paul.

St. Vincent’s Home was registered with the Securities and Exchange Commissionon March 16, 1966 . It was fully accredited as a home for Older Persons on April 14, 1975 by the Department of Social Welfare and Development (DSWD), the first accredited home for older persons in Bacolod City. It is also an accredited member-agency of the City and Provincial Development Councils of Bacolod.

The Home’s beginnings can be traced back to 1960 when a temporary shelter was set up by the Association of the the Ladies of Charity (organized by Fr. Jacinto Iroz, CM) to house the crippled, blind and deaf elderlies roaming the streets as mendicants, found and brought to the Home by the members of the Association. Later, the Association began to take in the orphaned or abandoned children and also some marginal families.

Three years later, through the leadership of Dona Carmen Lizares, a new building was built on the two-hectare lot donated by Dr. Antonio Lizares in Tangub, near the old Bacolod Airport. This was inaugurated on December 8, 1963. Since that time, new cottages and new facilities have been built to house and serve the needs of the increasing number of residents in the Home.

On March 16, 1966, the Home was registered with the Securities and Exchange Commission as a non-profit institution.

In June 1973, the administration of the Home was turned over to the Daughters of Charity of St. Vincent de Paul. Although the Sisters’ major concerns were the tasks of running the Home and their community life, the charism of their Holy Founders asked that they expand their work to cover the wider community. So, they established an outreach program for the poor families through catechetical instructions; through medical assistance to the sick especially those who cannot be admitted to the village because of contagious diseases and; through emergency assistance to those in a crisis situation.

Two years later, on April 14, 1975, the Home was fully accredited as a Home for Older Persons by the Department of Social Welfare and Development (DSWD), the first of its kind in Bacolod City. In addition, the Home is also an accredited member-agency of the City and Provincial Development Councils of Bacolod.

Today, the Home continues to be administered by the Daughters of Charity of St. Vincent de Paul and continues to maintain very strong ties with the Ladies of Charity who provide invaluable financial and moral support to the Home.