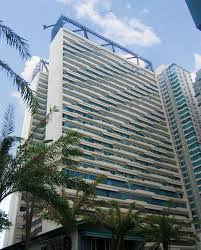 As 2016 is drawing to a close, we at HealthTech PH looks at what made the differences in the Philippine Healthcare Industry and System.

HealthTech PH will continue to provide ideas, stories and news as part of its advocacy for a robust and healthy Filipino nation.

A highly efficient and well planned facility is then needed to serve the healthcare needs of out-patients that expect prompt medical care combined with less intimidating but comfortable facilities.

The Centuria Medical Makati answers these needs. It is a 28-storey building with state-of-the-art facilities that includes 600 medical offices, laboratories, operating rooms and other diagnostic services confined in an environment akin to first class hotels.

Centuria Medical Makati is located in the heart of residential and commercial high rise developments called Century City along Kalayaan Ave., Makati City. Centuria Med boasts of the latest in building technology and information and technology such as high speed internet, EMR and Picture Archiving Systems that help doctors to coordinate with other specialists should it be required by their patients.

Like in most developing countries, healthcare professionals are not enough nor is close to the ideal ratio in relation to the rest of the population. This goes for physicians, nurses, dentists and even medical technologists. In the Philippines, radiologists are in short supply in the rural areas where 60% of the population reside.

With the use of  more and more advanced medical equipment and services to close the gap in serving the healthcare demands of the population, radiologists that are essential in such systems, particularly in medical imaging are very much needed. They play an essential role in partnering with physicians in an increasing range of specialities, from orthopaedics to obstetrics. Such critical links in diagnosis and treatment must be addressed so as to increase the efficiency and effectiveness of the healthcare service.

The 1991 Local Government Code mandated that local government take greater autonomy in its governance. This involved the devolution of certain national government responsibilities to the local government level. Among these were income generation/sharing and healthcare. Unfortunately, the devolution of healthcare made for an inequitable distribution of services and resources wherein local governments with less resources had to contend with greater healthcare demands. Thus, according to statistics 3 out of 10 Filipinos die without the attendance of a doctor. This also goes for hospitals with inadequate staffing and equipment. This is the area that healthcare reforms are very much needed.

With the 2016 Presidential Elections, the healthcare policies and programs by the different candidates are presented.

4. Triumph of Science and Medicine
http://www.healthtech.ph/2016/04/triumph-of-science-and-medicine.html

It was a regular afternoon and we were in 1st Grade. Suddenly, we were told that classes would be suspended and that we should line up outside our classrooms. We saw that all lines got connected and led to the school clinic. Those who went out had tears in their eyes, holding their upper right arms and could not tell us what happened. It turned out that we will be given vaccinations. I tried telling the nurse that I had shots already since me and my sisters were brought several times to the hospital and had injections on our butts. The nurse would hear none of it and they broke out this vial and needle and proceeded to scratch the skin of my upper arm. It hurt and something like broken glass with a clear liquid was applied to it. After that we were sent home and I showed it to my mother. She just said “Ay, na-bakunahan ka na”. That was the first time I ever heard of it, “bakuna” I mean. In a few hours the skin around it turned red and it had this steady throbbing pain. The next day, there were classmates who did not go to school. I myself was running a low grade fever but still managed to attend school and play a little after it. In the next few days, the  main game was punching the upper arm of a classmate (it was an all-boys school). Some even had swelling and the wound would be surrounded by pus. But we all endured and in a week it was this round scar on the right arm and another scar on the left arm but the wound in the left arm was not as prominent and quickly dried up.

5. Negros Island Region has the Most Modern Regional Hospital
http://www.healthtech.ph/2016/05/negros-island-region-has-most-modern.html

Today, the Corazon Locsin Montelibano Memorial Regional Hospital (CLMMRH) in Bacolod City can now cater to more patients, as it opened on Wednesday, April 13, 2016, the West Tower Building, a health infrastructure with facilities amounting to more than P1 billion.

With this development, the CLMMRH, the only hospital in Negros Island Region run by the Department of Health, is positioned to improve the quality of health services and provide higher tertiary care to its clients.