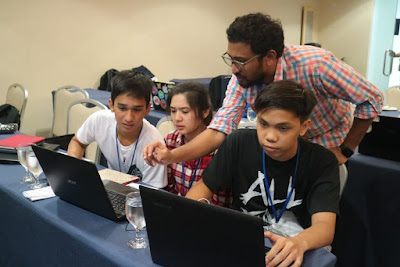 The Maskkara “Hackaton”  will benefit the medical and healthcare industry with 15 apps that were the result of the Hackaton. The Hackaton was held last October 18, 2016 at the STI West Negros University campus in Bacolod City.

The coding marathon was participated in by three teams of developers fro the professional category and 12 teams from different schools such as University of the Philippines-Visayas, Carlos Hilado Memorial State College, STI West Negros University, University of Negros Occidental-Recoletos, and University of Saint La Salle.

The teams were allotted 24 hours to develop apps that will address the needs of the healthcare and medical industries.

The apps developed ranged from electronic medical records (EMRs) to an app that will enable the user to be connected to mental health professionals.

Dueñas said the “MassKara Hackaton” focuses on how to alleviate the efficiency level of the medical and healthcare professionals from the administration of care to electronic medical records.

“There is really a prevalently big gap in making use of ICT in the medical and health care industry,” he said, adding that some of the applications produced through Hackatons include Spotify and Tinder.

Microsoft will alse give Php250,000 worth of applications such as bizparks. Assistance will also be provided to these technopreneurs for their scale up requirements.

“Through this first Hackaton, the Manila people were able to see that the maturity of the applications made by our technopreneurs are actually those which will be presenting solutions to the problem that we have in the medical field,” Dueñas added.