Devices and Apps: The Internet of Medical Things Part 2 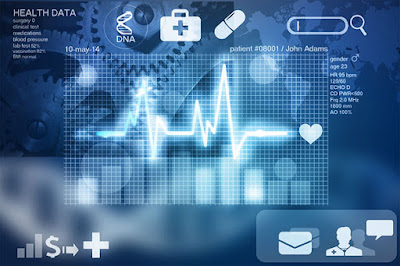 Concerns have been multiplying in the United States over the creaks of a medical infrastructure that's bearing the weight of an aging population. Current and upcoming members of the over-65 club are helping to drive a new age in healthcare, in which devices connect patients with caregivers, things get even smarter, and machines get even better at learning what sensors are saying.

The swelling over-65 segment of the population, which accounts for about 63 percent of the U.S.' long-term healthcare services, is expected to drive the demand for new healthcare technologies, according to a recent report fromGrand View Research.

The "high, unmet medical needs" of seniors is one factor that has pushed healthcare organizations to adopt and expand on remote patient monitoring and telemedicine.
Efforts to meet those needs will sustain the market for the Internet of Medical Things until at least 2022 -- at which point the sector is expected to near $410 billion, according to the research firm.

Leading the sector's growth are its medical devices, which are projected to drive a compound annual growth rate of 28.3 percent between now and then.

All Shapes and Sizes

They've been popping up on wrists in the form of smartwatches like the Apple Watch and connected fitness bands like Fitbit.
Google plans to put them in people's eyes, employing a contact-lens form factor to read glucose levels.

mc10 has developed a biometric stamp, about the size of a medium band-aid, that reports a user's vitals to connected devices and doctors.

Meanwhile, researchers at the University of Buffalo are working on a pendant, worn on a choker-type necklace, that can analyze chewing and swallowing sounds to determine what wearers are eating and alert them when they've consumed too many carbs.

This is the face of a smarter, more connected manifestation of modern medicine. Still, the devices patients and consumers use are only one side of the coin, noted Ian Shakil, CEO of Augmedix.

"The Internet of Medical Things will continue to evolve and deliver value by getting the complexities of technology out of the way and connecting -- or better yet, reconnecting -- doctors with patients," he told TechNewsWorld.

One of the original partners for Google's Glass at Work enterprise initiative, Augmedix has focused on the right side of the coin. Google shuttered the consumer side of its Glass program, focusing instead on the enterprise and on companies that develop augmented reality experiences for other organizations.
Augmedix's Glass-based service frees the hands of doctors to spend more of their time working with patients and less of it looking at documents.
"Augmedix's service is optimally designed to deliver the highest quality patient notes resulting in improved patient care and pay or reimbursement," said Shakil.

The Eyes Have It

Before using the service, physicians would spend 70 percent on their time on documentation, the company estimated.

"This newly reclaimed time can be repurposed in-clinic for other administrative tasks or even to see more patients," Shakil said.

While Augmedix has been working to free doctors from the bog of documentation, care facilities long since have adopted technologies such as real-time location systems.

RTLS is one of the original use cases for the IoMT and predates the term, according to Joel Cook, senior healthcare solutions manager at Stanley Healthcare.

Such systems traditionally have been leveraged for asset management, such as locating equipment and monitoring for temperature-sensitive substances, he told TechNewsWorld. Pulling from the opposite direction, hospitals now are focusing on improving the patient experience, along with tuning the efficiency of staff operations.

"Using wireless RTLS devices, staff and family members can trace a patient's entire journey through the hospital -- from the waiting room to surgery to post-op, and how long they spent in each area," Cook said.

Along with mobility, which is afforded by wearables and IoMT devices, data and analytics are key factors in modernizing medicine to meet demand, according to Keith Cooper, CEO of Constant Therapy.
At Constant Therapy, developers and researchers have been building out and maintaining a platform that evaluates patients with the goal of improving brain function. Patients input data by performing tasks on smart devices, and the software makes individual assessments and recommendations.

"By collecting anonymized data from every person's interaction with our therapy programs, we can analyze what works and what doesn't work for each type of individual," Cooper told TechNewsWorld.

Constant Therapy uses more than 200 million data points to "deliver precise and personalized" therapy with science as its basis, he said, noting that "this is exactly what is envisioned by personalized medicine."

Meanwhile, Glooko software engineers have built a platform that connects users and their diabetes devices to caregivers and the company's analytics platform.

The service supports more than 50 cloud-connected medical devices, from continuous glucose monitors to insulin pumps, along with a host of mobile phones and tablets to help people better understand the impact their behavior has on their diabetes, explained Michelle de Haaff, vice president of marketing and customer success.

By "connecting these devices to mobile apps that can provide on-demand insights, reminders and notifications," de Haaff said, the IoMT "can increase adherence rates to taking medications, improve nutrition and exercise commitments, and deliver the data needed for remote patient monitoring."