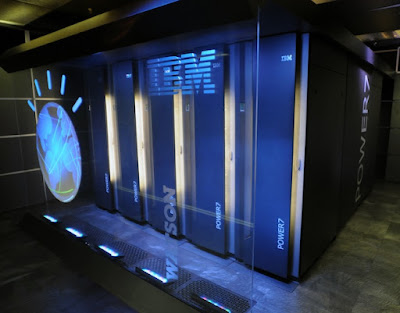 The goal is to use Watson’s natural language processing to mine the medical literature and a patient’s records to provide treatment advice. And this month the Watson computer system is drastically expanding its reach — from one hospital in Thailand to six in India and a planned 21 more in China.

This instantiation of Watson, dubbed Watson for Oncology, is an artificial intelligence system that has access to millions of pages of medical textbooks and journal articles. Oncologists at Memorial Sloan Kettering Cancer Center trained the system to provide appropriate treatment recommendations by giving it descriptions of patients and then telling Watson the correct treatment.

“[It’s] the same way we would train a young doctor by showing how our specialists would treat a certain cancer in a certain person,” said Dr. Mark Kris, a Memorial Sloan Kettering lung cancer specialist who’s leading the hospital’s collaboration with IBM.

Watson looks at records from a patient, like doctors’ notes and lab test results, and gives opinions about what treatment to pursue. Those opinions are backed up by easily accessible evidence — doctors can click on the recommended treatment and see which medical studies support it.

Preliminary studies show Watson is fairly good at recommending treatment. When examining different patients, Watson agreed with Memorial Sloan Kettering doctors over 90 percent of the time in one study, and 50 percent of the time in another. These studies were presented at a 2015 oncology meeting, and the abstracts were published, but the studies themselves are not. Authors include IBM-affiliated scientists.