Implants to link with prosthetic limbs 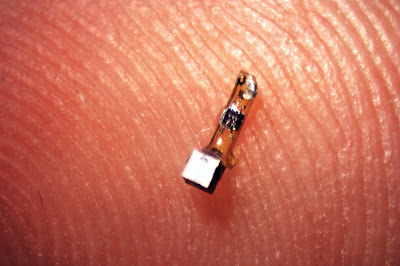 While most people will cringe at the thought of implanting a piece of technology under their skin, researchers believe it’s the future. In fact, they’ve created a grain-sized sensor implant to prove their point.

Engineers from the University of California Berkeley have designed a tiny sensory transplant the size of a grain of sand. When implanted, the device allows users to monitor the body’s vitals in real time. It can also be adopted to one day neurologically link individuals to their prosthetic limbs and assist users in operating them, reports Gizmodo.

The sensor itself is approximately 3 millimeters long and is powered by a piezoelectric crystal. The crystal converts ultrasound vibrations into electricity, which gives the device the juice it needs.

While the prototypes are coated with surgical-grade epoxy, the researchers hope that succeeding designs will be even smaller and can be made to last decades or even a lifetime inside the human body.  /Alfred Bayle