Home » EMR » Startup » Technology » EMR and Startup Talk : Where To Look For Your Marketing Co-Founder

EMR and Startup Talk : Where To Look For Your Marketing Co-Founder 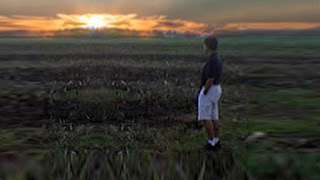 It is interesting to observe the stages of where the Philippine Startup community is at.  A few years back, everyone was excited to start something.  This is not to say that people are not excited to start something at this time.  It's just that way back then, everyone was into ideation.  In the heirarchy of characters in the enterprise there are visionaries, leaders, managers, and the 'soldiers'. The active participants back then were the visionaries.

Then came the stage wherein the founders' vision was laid out and the startup had to be given flesh.  Minimum Viable Product or MVP was the goal at the quickest possible time.  Thus the urgent need to partner with a good Chief Technology Officer.  Those who were good at coding and building the product, the inherent tech guys, did not have a problem with this.  They just simply built their product the best way they could.

Fast forward to today, with thousands of apps and platforms built, the natural hurdle is taking the entire idea of the startup to the market.  Three to four years after all the fanfare first took place about tech startups, the fledgling tech enterprises are now beginning to realize the real role that marketing plays in the operation.

With investors showing some signs of impatience with the young leaders who pitched the fantastic idea to build the next "Uber of something", the startup founder now realizes that an emphasis on a Marketing Guy should have been given as much emphasis as the Chief Technical Officer.  Note that I have not referred to a title of Chief Marketing Officer.  Real marketing guys know a marketing job that needs to get done without having to embellish themselves with such a title (Sorry, I'm quite old school and I'm only used to VP for Marketing).

As a person who comes from the mainstream advertising, there is an old saying that goes, "Selling a product without advertising is just like sending smoke signals at night.  You know what you're doing, but no one else does".  I think this encapsulates what a lot of startups are doing.

Yes, it is good to develop your product with all the bells and whistles, but remember not to overspend both time and finances on that.  You'll need to take it to the market.  This is where the marketing guy comes in.  If he is a co-founder, he will be the one to temper the executive team with the realities of budget and timelines to take your product to the public.

What To Look For In A Marketing Co-Founder

In the same way that there are varying levels of proficiency among CTOs, so it is on the marketing side.  There are levels of proficiency in terms of handling the marketing efforts of a startup.  Offhand, here is a basic checklist of what you need to look for in your marketing person:
If you are a startup founder, a lot of these have to be in you as well.  Some though can rest heavily on your Marketing Co-founder.  His or her responsibilities will have to include overseeing the planning, development and execution of the startup's marketing and advertising initiatives. Reporting directly to the rest of the executive team, the primary responsibility is to generate revenue by increasing sales through successful marketing for the entire organization, using market research, pricing, product marketing, marketing communications, advertising and public relations.

It is nice to have someone from the creative agency.  Creativity is cool.  However, if the order of the day for CTOs are the MVP, the equivalent delivery of the marketing co-founder is traction.  Creativity is not a main multipier in creating traction.  This is where the guy from the media agency comes in.

The guys from the media agency have a different discipline.  Their emphasis is on a valid and relevant contact point for the message to be delivered rather than the message itself.  Channels not content.  In comparison to the guys in creative, they are the less flamboyant and can be perceived as boring for they are the number crunchers.  The ones who deal with statistics and ratings.  They are the ones who dealt with consumer behavior, media consumption habits, and demographic profiling long before the startup revolution gave birth to a fancy word called "Big Data".  Charts and graphs are really their domain.

Adept knowledge of the media landscape and media consumption habits could spell the difference between saving or wasting your investor's money.  Simply put, a marketing guy with a level head about all media because in the final analysis, your marketing budget may be split 3:1 or even 4:1 in favor of media costs versus production/creatives.

With these kinds of skill sets, it would be wise to look for them among those who work (or used to work) for media agencies, brands and product management, or even media research companies.

The writer, Lloyd Tronco, is from Negros Island, the Sweet Spot of the Philippines.  The principles he uses in Digital Marketing and Tech Startups, were learned in the sugarcane fields of Negros.  He is the COO of Medix.ph and does consulting for startups in the area of marketing.