DOH Gears up for Drug War 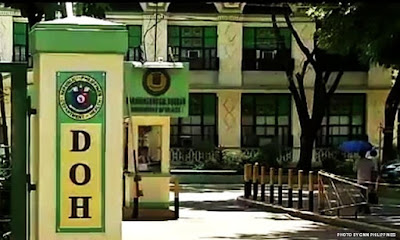 Since the inauguration of President Duterte, the wave of “surrenderees” has been astonishing. The  number has been tagged at 500,000 as of August 1, 2016. These “surrenderees” are composed of drug addicts and small time pushers coming from the destitute communities all over the country. They are depicted in numerous TV news, radio programs, and print matter.

It is unprecedented as was pointed out as an indicator of success on the new administrations’ war on drugs. But the sheer number overwhelmed the services that is supposed to serve as the first base of managing the illegal drugs problem. The local health units of every LGU, already devolved from the national agencies found it difficult to cope with the unexpected deluge.

The Department of Health (DOH) has already been preparing for such an eventuality since “D-Day” or the first day of the new administration. In coordination with other government agencies on how to manage the influx of the surrenderees.

Last August 2, 2016, DOH-NCR initiated a 4-day program in training about 30 doctors from local government units (LGUs) with regards to determining and diagnosis of drug addicts. This will also be the basis on what kind of treatment will be applied upon referral to the DOH.

Dr. VIllaroman explained the types and these are the following:

1.    Experimental Users – those that tried using marijuana and then never used it again.
2.    Occasional Users – those that take drugs during parties and night outs with friends.
3.    Regular Users – those that imbibe on illegal drugs consistently (every 3 days, once a week or every 2 weeks).
4.    Compulsive Users – also diagnosed with co-morbid disorders or co-occurring diseases. The frequency of use will result in mental disorders (psychosis, paranoia), hypertension, cardio-pulmonary diseases and even infectious diseases such as HIV and TB made more likely because of the lifestyle.

The participants of the training program will be able to assess the level of addiction and will recommend the correct response to each addiction.

Levels 1 to 3 can be managed by counselling and out-patient programs while those level 3 and 4 will be managed by admission in rehabilitation centers.

“Addiction is an illness. Not all illnesses are severe. It’s the same with addiction.” Said Dr. Villaroman.

LGUs will also be provided a manual for community based drug treatment that was launched last year by the DOH and the United Nations Office on Drugs and Crime together with the Dangerous Drugs Board (DDB).

This training will also be given to social workers of the DSWD and will be adopted in other regions. This multi-pronged approach will be utilized to manage the “surrenderees” and is part of a broad spectrum strategy in fighting illegal drugs and drug addiction in the country. The “three pillars” of this approach will be “assess, diagnose and refer”. This will be undertaken with the cooperation of the DILG, DOH and DSWD.

Dr. Villaroman said “Don’t be judgmental. They can be the best that they can be.”