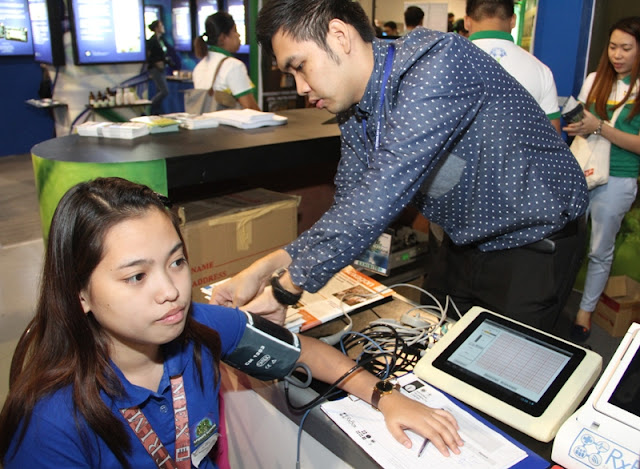 The Department of Science and Technology (DOST), through the Philippine Council for Health Research and Development (PCHRD), will provide additional 1000 RxBox telehealth devices in the country.

The roll out was launched during the Science Nation Tour on 9 June 2016 at the Philippine Council for Agriculture, Aquatic and Natural Resources Research and Development  (PCAARRD) EO Tan Hall.

Field tested already in 143 municipalities nationwide, the RxBox is a telehealth device allowing consultations even from geographically isolated and depressed areas of the country.

After the ceremonial switch on of the new RxBox model, DOST Secretary Mario Montejo shared how excited they were on looking at the previous versions of RxBox as these were the ones demonstrated to President Noynoy Aquino. “Ang maganda sa RxBox, it was developed by local engineers and manufactured by local manufacturers,” Sec. Montejo emphasized.

Dr. Montoya, Sec. Montejo, and Dr. Tayag, with University of Philippines (UP) Manila Vice Chancellor for Research and National Institutes of Health (NIH) Executive Director Eva Maria Cutiongco-Dela Paz, also participated in the commitment signing of RxBox on “working together to provide better access to life saving healthcare services to every Juan.”

On her closing remarks, Dr. Dela Paz shared that the RxBox has three important ingredients:  identified need, partnerships among experts, and commitment to serve every Filipino.

“We witnessed today the roll out of thousands of telehealth devices. This was possible because the need for better access to healthcare services was identified, the different disciplines of engineering, medicine, and ICT all worked together, and there was a commitment to serve every Juan,”  Dr. Dela Paz ended.

The Science Nation Tour is a nationwide strategy of DOST to promote technological advancement to the Filipino community. Aside from the launching ceremony and commitment board signing, demonstration of RxBox and introduction of its new features were also held.