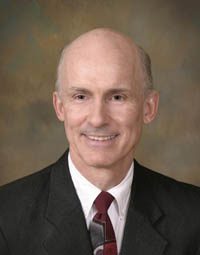 A Lecture and Live Demo will be conducted by Dr. Brian Kinney, MD. F.A.C.S. on ThermI Injectable RF on January 25, 2016 set at 7:30 a.m. The workshop will be held at the 7th Floor at the Surgery Center of Centuria Medical Makati.

ThermI Injectable RF is a  new breakthrough in Aesthetics that is non-invasive and minimally invasive treatment solution for skill laxity.

Dr. Brian Kinney has appeared on ABC network's Nightline, Fox Network's Extra, CNN, Hard Copy, The Discovery Channel, most of the local Los Angeles news television stations and all of the four major national news networks. He has been featured on radio and in numerous newspapers, including the Los Angeles Times, New York Times, London Times, USA Today and Wall Street Journal. Journalists from Vogue, Glamour, Allure, Newsweek, Spa Magazine and many others have interviewed Doctor Brian Kinney about plastic surgery, cosmetic and beauty treatments. Dr. Kinney has also presented/interviewed on radio, television and in newspapers in Europe, Russia, Asia, South and Central America, and has been featured in documentary films. He has performed live surgery and injections for teaching conferences in worldwide locations, such as Moscow, Copenhagen, Vienna, Rio de Janeiro, Sao Paolo, Belgrade, Buenos Aires and Mumbai (India).

With years of experience, Doctor Brian Kinney remains sought for teaching at national and international conferences, as well as consulting for various biotech and engineering companies. He has authored numerous articles for journals, magazines and co-edited a new 2,000 page, standard textbook for Plastic Surgery. His work in the fields of plastic surgery and technology has garnered Dr. Brian Kinney many awards and placed him in the group of the world's most well-known top plastic surgeons.